More than just an island: Ørsted + ATP and partners present concept for energy island in the North Sea

The ‘North Sea Energy Island’ will be an island in constant development, even after its construction is completed. It’s a dynamic piece of Danish history, designed to be the hub for the green transformation. 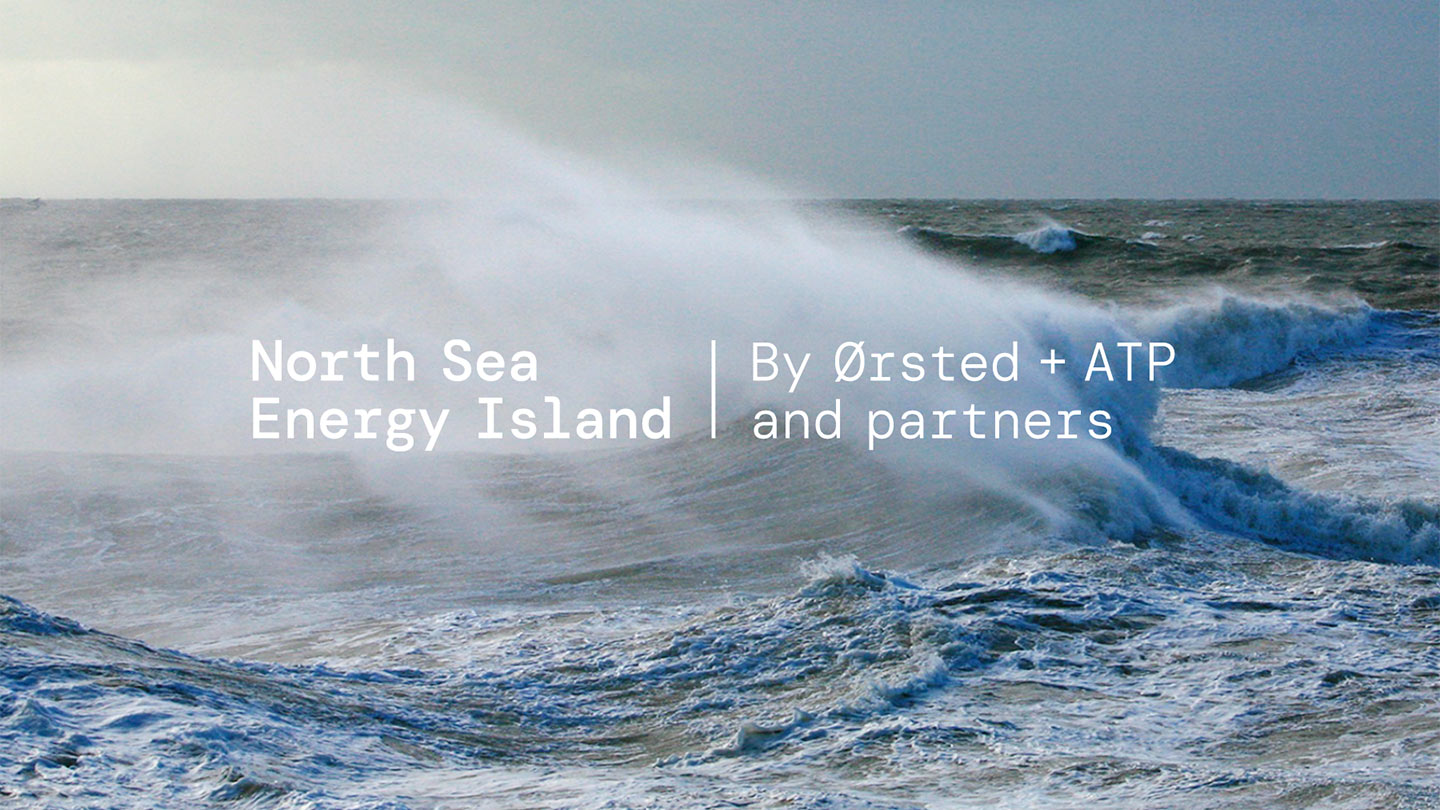 Determination and clear actions are required, when Europe in the coming decade will deliver its contribution to the Paris Climate Accords’ ambition of limiting temperature increases to 1,5 degrees while at the same time phasing out Russian gas and oil. Renewable energy is a central part of the answer to both challenges, and the Danish part of the North Sea has the potential to drive a large part of the green transformation of Europe.

Denmark has taken the lead in finding ways to realise the enormous renewable potential of the North Sea. The Danish Parliament’s decision to build an energy island in the North Sea marks a new era in the shift towards renewables, and if the island is designed correctly, it can become a key to the green transformation of Denmark and Europe.

In spring 2021, Ørsted and ATP joined forces to develop a groundbreaking sustainable concept for the upcoming tender for an energy island in the Danish North Sea. Today, Ørsted and ATP – together with their partners Aarsleff, Bouygues Construction, and Van Oord – will present the ideas behind the partnership’s concept, called the ‘North Sea Energy Island’.

Ørsted + ATP and partners have a vision of building more than just an island. We want to create an island that is in constant development. A future-proof island with unlimited space for innovation and adaptation as the green transformation evolves.

The North Sea Energy Island consists of a small artificial island, which can be expanded with flexible modules that can be added and replaced as required. The modules are built onshore and connected to the North Sea Energy Island, meaning that the island can easily be upgraded to accommodate more than the 10 GW of offshore wind power that is Denmark’s current ambition. It can also be adapted to accommodate the rapid developments in Power-to-X and other technologies in both 2030 and 2050.

The flexible modules are the most future-proof solution. It is also the direct way to deliver large amounts of green power as quickly as possible. The modules can be built on land, while the reclaimed island and offshore wind turbines are built at sea, which will result in great time savings during the construction phase. With this flexible, modular concept, Ørsted and ATP estimate that the energy island in the North Sea can deliver green power two years before an inflexible, contained island.

In this way, we will build an energy island that can be quickly commissioned, and is prepared for an unknown technological future from the very beginning, and that can serve as the hub for offshore wind and new green technologies for decades to come.

“We stand ready to deliver an island that embraces the rapid development within renewable technologies and enables a scale-up of the green transformation. With our approach, the North Sea Energy Island will be more than just an island. We believe that our modular concept offers the best conditions for ensuring that the energy island will remain relevant in both 2030 and 2050, and we’re looking forward to the further dialogue with the authorities and decision makers about the ‘North Sea Energy Island’.

“We believe that the flexibility of our concept is a great advantage and creates a really good, climate-friendly energy solution, which is absolutely crucial when we embark on a long-term investment like this, and thus there is a foundation for creating a sensible, risk-adjusted return. At the same time, we invest in the green transition, and in this way The North Sea Energy Island matches both ATP's climate ambitions and ATP’s goal of creating the best possible pensions.”

Jesper Kristian Jacobsen, CEO of Aarsleff who is heading the construction consortium on the ‘North Sea Energy Island’, says:

“With this concept, we’ve taken well-known technologies and building methods and combined them in a new, intelligent, and groundbreaking way adapted to the North Sea’s harsh environment. This means we can build an energy island that can ensure a huge scale-up of offshore wind, and which is ready to meet future needs from the outset.”

In addition to Aarsleff, the contractor team consists of Van Oord and Bouygues Construction.


Read more about the partners